Brothers, are you weak? We all are, in various ways. The curse affects us all, and it especially attacks that which most defines us: our strength.

Here are five things you can just stop doing to become more masculine:

This is the base motivation of virtue-posturing social justice warriors and thirsty white knights. They perform their good works to be noticed. Why? In John 12, Jesus says…

Seeking the praise of men, and especially of women, demonstrates weakness in men: you are compliant to the perceptions of others, rather than commanding your own world, and having it in turn commanded by God. The Lord knows the quality of your work. He sees all. Live for his praise (Colossians 3:22). The confident man knows where he has failed and has spoken with God about it.

You should not be ashamed of enjoying praise—men naturally respond to being honored, and naturally create honor structures. But seeking praise turns it into an idol. Be known by the quality of your work, and fix your desire for praise on God alone. Look forward to hearing from him, “Well done, good and faithful servant.”

Again, this demonstrates weakness. Many men assume that it’s somehow endearing to put themselves down; in fact, it shows that you lack confidence. Emphasizing and even apologizing in advance for your own failures or weaknesses rarely gains you anything; it merely draws attention to what might otherwise have gone unnoticed.

That being said, you should be able to laugh at yourself. A self-serious man is usually twice as frail as the self-deprecater (though few realize this).

Men solve problems. They don’t whine about a situation; they create a solution with the resources available (including prayer). Complaining achieves nothing but to share your misery with everyone else. It demonstrates weakness of resolve, and typically reflects a victim mentality completely unbecoming of a man who was created to exercise dominion.

It is also indicative of faithlessness: a man who complains implicitly sees himself over God, rather than under him—demanding that his Father rule better, rather than trustingly submitting to his will.

If you fail, own it. Own it completely. Men are leaders, and leaders aren’t excuse-makers. Owning your failure demonstrates strength, because it shows that you will not sublimate your command over your world to anything—even when things don’t go the way you wanted. Excusing failure is a demonstration of weakness; a willingness to become compliant to circumstance. It is just another way to seek praise.

C.H. Spurgeon: “Those who are quick to promise are generally slow to perform.” You break fewer promises if you are slower to make them.

If you do say you’ll do something, then do it. And do it no matter how hard it is. If you have a command of your world, then you know what you can and cannot do. So don’t promise things you can’t realistically do. Untrustworthiness might as well be a synonym for weakness. If you’re not sure you can do it, or should do it, don’t promise to do it. If you keep finding yourself breaking promises, then you don’t have the command of your world that you thought, and you need to step back and re-calibrate. Always under-promise and over-deliver. As a rule of thumb, assume that everything you’re intending to promise will take three times longer and cost three times more than you expect.

It’s easy for “influencers” to project a level of mastery in a controlled environment. But is it real?

As a rule of thumb, the more intensely someone talks the talk, the more useless they are at walking the walk. It’s simple overcompensation. The more of a fraud and a hypocrite a man is, the more he feels the need to shore up his failings by projecting an air of certainty and confidence.

Such posers tend toward extremist language. Everything is black and white with them. Shades of gray don’t exist in their world—because their world is purely intellectual. They haven’t had to harmonize their theoretical knowledge with actual action in the real world.

They fancy themselves fathers, but they haven’t learned to be sons. They’re just clueless bastards pretending they know what’s up, like Will Hunting.

For obvious reasons, this happens a lot with young men. You’ll find plenty of boys barely out of their teens, desperate for a platform to tell everyone who will listen all the things wrong with the world, and with their elders. They long to be influencers, confidently pontificating about all the problems they understand, traps they would never fall into, mistakes they would avoid, and falsehoods they see through. And they pillory men with decades more experience and learning than they, who they see as falling for and propagating these errors.

But meanwhile, their own lives are a joke. Rather than the patriarchs they style themselves as, in reality they are nerdy weaklings whose knowledge is all from reading rather than doing. They feel qualified to comment with great conviction on everything from theology to marriage because they have never done theology or marriage (or anything in between).

James has much wisdom for such men:

But let every man be swift to hear, slow to speak, slow to wrath: for the wrath of man worketh not the righteousness of God. Wherefore putting away all filthiness and overflowing of wickedness, receive with meekness the implanted word, which is able to save your souls. But be ye doers of the word, and not hearers only, deluding your own selves. For if any one is a hearer of the word and not a doer, he is like unto a man beholding his natural face in a mirror: for he beholdeth himself, and goeth away, and straightway forgetteth what manner of man he was. But he that looketh into the perfect law, the law of liberty, and so continueth, being not a hearer that forgetteth but a doer that worketh, this man shall be blessed in his doing … So speak ye, and so do, as men that are to be judged by a law of liberty. For judgment is without mercy to him that hath showed no mercy: mercy glorieth against judgment. What doth it profit, my brethren, if a man say he hath faith, but have not works? can that faith save him? (James 1:19-25; 2:12-14)

This is the far end of the spectrum, but to some extent every man goes through this cage stage. So most of the men you will learn from in the “manosphere” have some element of this going on. Whether intentionally or just implicitly, they project a mastery that certainly does not extend to every part of life.

This is true of us too. We try to be frank with people about this, but we meet many men who still treat us as gurus at the top of the mountain.

We are larger-than-life heroes to them.

This worries us, because we know that we are not these things. Not at all. We’re just ordinary men who are trying to wisely use the platform that God has given them, so in many ways it actually undermines our work for people to think more highly of us than they ought.

If a man really is a good masculine role model, he’s probably going to feel uncomfortable about being treated as such. He is acutely aware of his own failings. He knows his own effeminacy that he must still put to death. He knows his struggles with being a good father and husband.

Beware of men who project an appearance of mastery in every part of life. Every man is a student in many realms and a master in few. We are a few steps ahead on some things. We are way ahead on a couple of very specific ones. But we are also playing catchup compared to many of our readers in all sorts of areas. We have sound theoretical knowledge, but we’re still working on implementing it practically in our lives. We don’t have everything together.

And it’s important, in our opinion, that you can actually verify this for yourself. We do not hide our identities, because we really do believe in our ministry. That means that we believe you must be able to know who we are. It must be possible for you to contact people who know us in real life, and find out how well we walk the walk. Then adjust your interpretation of our talk accordingly.

In other words, our ministry is in principle a real-life ministry. Our online platforms are just tools for extending it.

It’s easy to idolize men from afar. It’s much harder when you know them, and can see their own lives—their mistakes, their foibles, their blind spots, their sins. Hero-worship is a danger to anyone, but it is especially so online, and it is very ugly in Christians. Remember that Jesus did not entrust himself to anyone, because he knew all men (John 2:24). Rather, imitate anyone, no matter how good their talk, only as they imitate Christ (1 Corinthians 11:1).

Courses, videos, podcast, blogs, etc. can help you, but they will never replace real world brothers and fathers.

On this topic, we are acutely aware of how difficult it is to find these things in real life. That is why we started Tyrannus Hall. 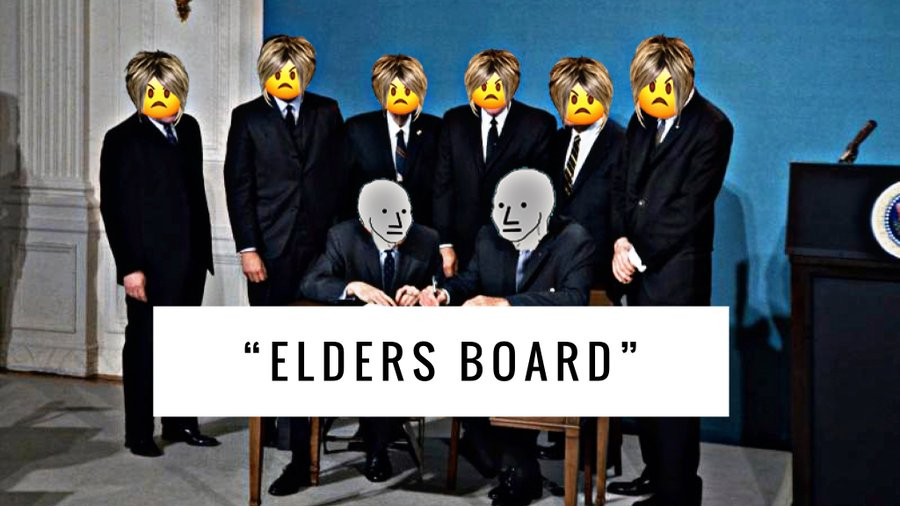 Christians are so frustrated with the state of things that new churches are planting themselves. It’s amazing thing to behold.

Michael’s church-plant in Batavia, Ohio (right by Cincinnati) is way ahead of schedule because of this. If you’re in that area, reply back for details, or check out the Facebook page:

Michael will also be doing a conference on biblical manhood next year, with Voddie Baucham and George Grant. Stay tuned for details; they will go out in this newsletter.

Jeff Durbin has an excellent sermon out on resistance to tyranny as obedience to God:

In the first half he goes into how treasonous and openly political the gospel was in its first century Roman context. (Most Christians are oblivious to this.) In the second half he explains why it matters today. One excellent quote to whet your appetite:

Here’s another insight from what he says: every single person is or was an enemy of Jesus. The Lord puts his enemies under his feet through judgment—but also through baptism… How great a debtor we are to the grace of being conquered. Hallelu-Yah!