Michael is doing a men’s event on “The Indisposable Legacy of a Man” for Westminister Presbyterian Church TODAY (Saturday). 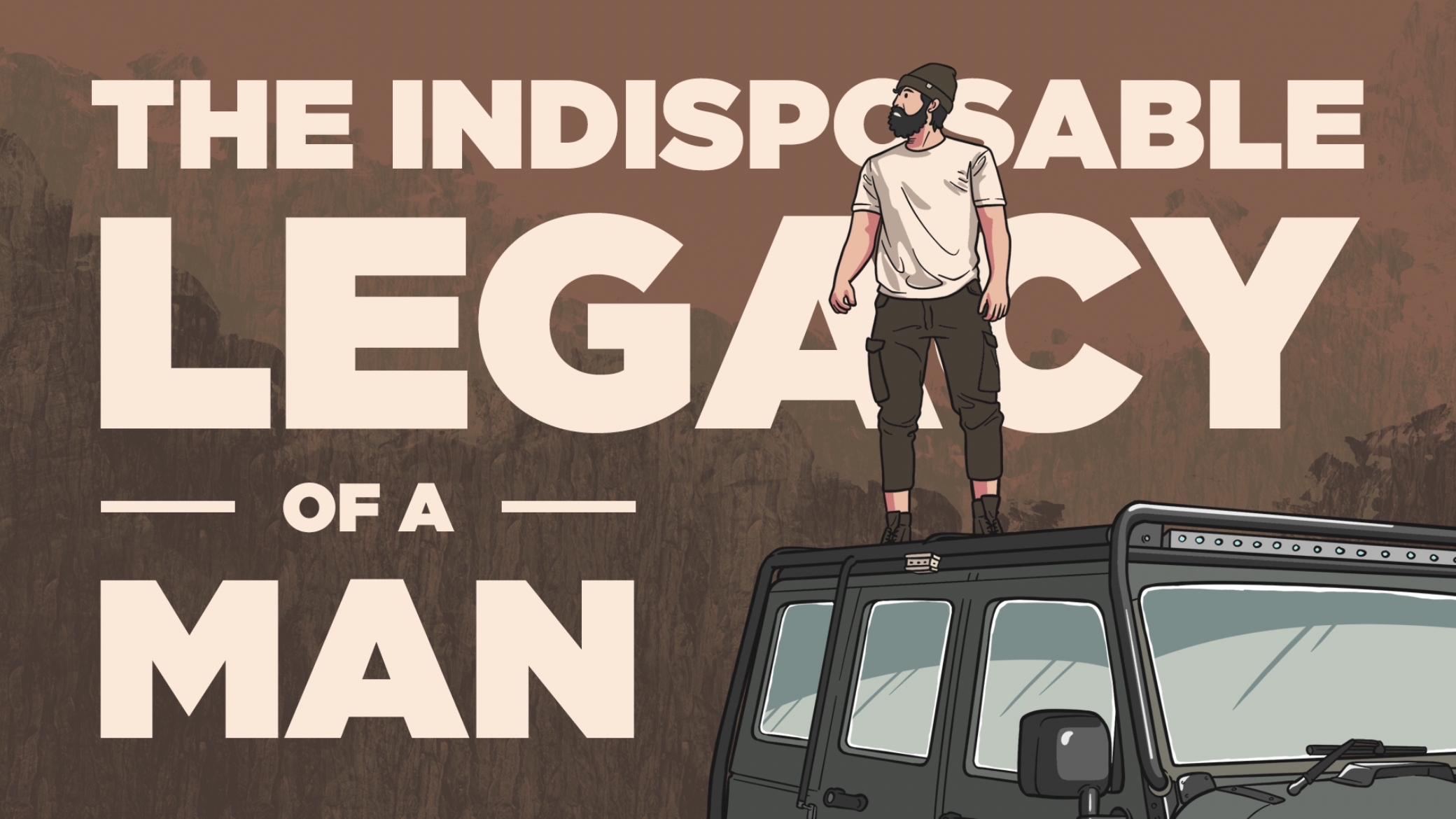 If you haven’t pre-ordered our book yet, the cheapest way to get hold of it right now is through Canon Press’s Dominion Bundle promotion. 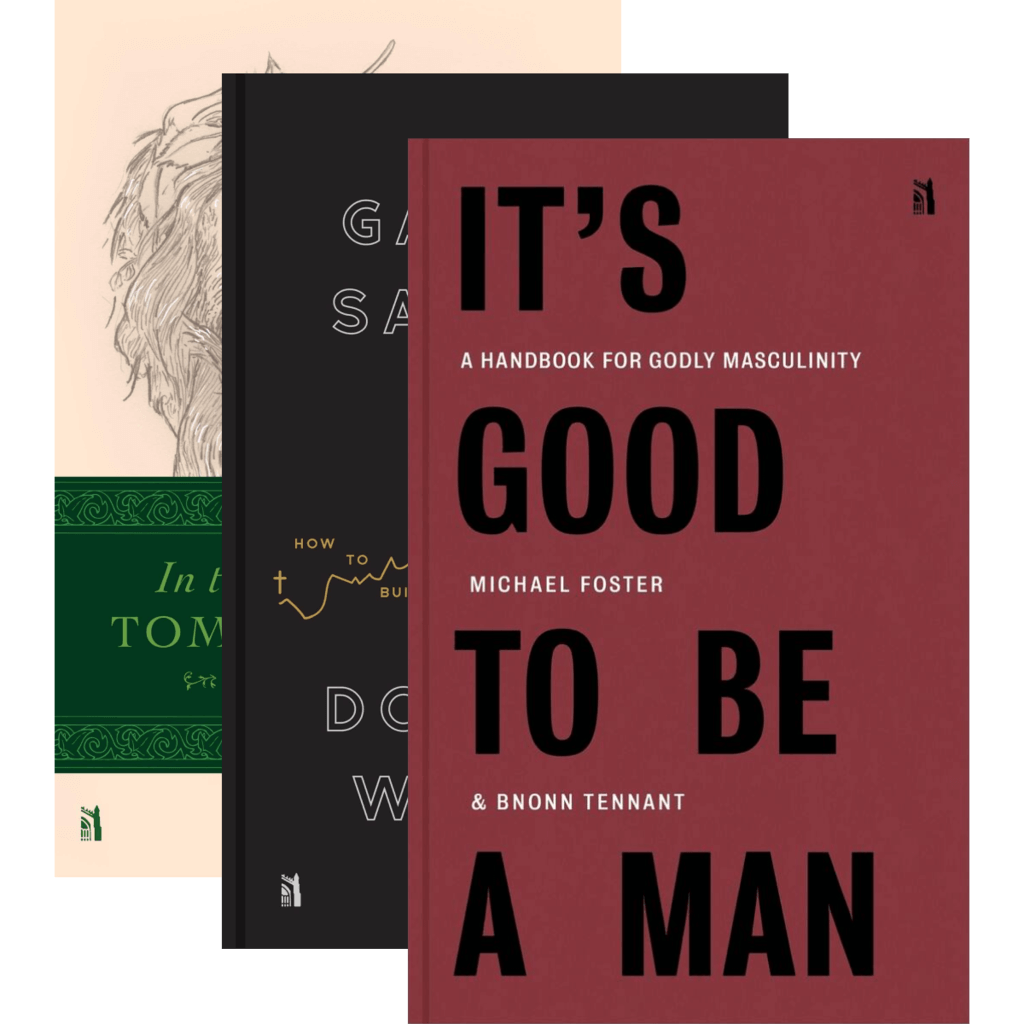 When you buy It’s Good To Be A Man in the Dominion Bundle, you get 10% off the sticker price, plus free shipping.

Get the Dominion Bundle

A woman must quietly receive instruction with entire submissiveness. But I do not allow a woman to teach or exercise authority over a man, but to remain quiet. For it was Adam who was first created, and then Eve. And it was not Adam who was deceived, but the woman being deceived, fell into transgression.

I’ve heard quite a few sermons on this passage. I’ve read a lot of commentaries on it in the past, and again in for preparation for today. And I’m not talking about theologically liberal thinkers—I’ve read them too, but right now I’m talking about conservative, bible-believing preachers and commentators.

As I listened and considered, some trends emerged in their approach to this particular passage.

First, there was a trend toward apology. One guy, who I entirely agree with his theology, actually said he wouldn’t choose to preach this text, and was only doing so because they are committed to book-by-book, verse-by-verse expository preaching.

Now, I get it. He is trying to extol the benefits of expository preaching, and how a commitment to it helps discipline us to teach the whole counsel of God…even difficult passages. True. But he also did it to manage some of the tension he thought this passage would cause in his congregation.

Another guy, who is actually my favorite living preacher (Kent Hughes), went on this long personal story of how he was raised by a single mother and his grandmother, and how he saw them deal with misogynistic men through his youth, and so forth. And therefore, he concludes that he isn’t a sexist.

That’s his intro to this passage.

I thought, “Whoa whoa, dude… who said you were a sexist?” It was defensive and reactive.

Second, there was a trend of over-explaining. A lot of guys said this is a very difficult passage. No, it’s pretty simple. I wish there was a passage on baptism that was this clear. That’d make life easier. And then they said scholars have debated over it for years. Not really. I mean, scholars have debated over it since the rise of feminism last century. But a century is a drop in the bucket of time. The interpretation of this text is uniform throughout the bulk of church history. Everyone is in basic agreement…until recently.

Anyhow, these guys would lay out all the possible interpretations, debates, and get deeply into the Greek. They found a way to make something simple very complicated.

Lastly, there was a minority trend of over-reacting. These guys almost reveled in the tension and controversy. Ever seen a dog roll all over a dead bird or something gross? Yeah, they were like that. They used it as an opportunity to rail against feminism, women pastors, liberal scholars, and cowardly pastors. It came off very angry to me.

Now, that’s not all bad. Feminism etc is evil. But what about the text? What about the passage? It seems like so many of these men are responding to other men in one way or another. They are allowing people to “live rent free in their head.” It’s defensive, reactionary, and apologetic. And the goodness of what is being laid out in this passage gets lost.

Let me make this simple. This text is not difficult. There are passages in the Bible that are difficult to understand. To interpret. This isn’t one of them. It’s easy, really.

I get that. Believe or not, I want people to like me too.

But biblical doctrine is both true and good. In other words, if the Bible teaches it, it is true and should be believed–but it’s not just true. It’s good. Biblical doctrine opens the door to the good life. To peace, real change, and joy. To healthy friendships, marriages, families, churches, and broader communities.

I don’t want you just to believe this passage.

I’m not here to wrestle your mind into submission, where you begrudgingly admit it means what it means.

That was the intro. Here’s the purpose, because it relates to every man’s leadership in his own church or family:

I want to build a nonchalance into the culture of our church. I want our people to be calm, cool, and measured. My goal was to take a text that causes anxiety/unease, and see if I could approach it matter-of-factly.

I wanted to model a way of being unashamed of something because it’s true, good, and beautiful.

In 1 Timothy 1:20, Paul mentions that he had Hymenaeus and Alexander excommunicated. So he had no issue with “naming names.” However, earlier in the chapter he writes:

As I urged you upon my departure for Macedonia, remain on at Ephesus so that you may instruct certain men not to teach strange doctrines…

Note that he only says “certain men.” There are men he has in mind—but he doesn’t name them. He continues:

…nor to pay attention to myths and endless genealogies, which give rise to mere speculation rather than furthering the administration of God which is by faith. But the goal of our instruction is love from a pure heart and a good conscience and a sincere faith. For some men, straying from these things, have turned aside to fruitless discussion, wanting to be teachers of the Law, even though they do not understand either what they are saying or the matters about which they make confident assertions.

Paul is accusing these unnamed men of teaching strange doctrines, turning aside to fruitless discussions, and not understanding the law.

Those are big accusations—and yet he doesn’t name names.

Modern Christians are particularly obsessed with personalities. That is to say, we are obsessed with names. We love to love names. We love to hate names. This is why most haters start out as fanboys. And this is why so many “discernment ministries” are really just a subculture of “Evangelical Celebrity Christianity.” They are like Christian paparazzi who live off Christian celebrity culture. They’re always talking about the day’s newest scandal and controversy. They are like the Athenians who spent their time in nothing other than telling or hearing something new. They revel in naming names.

In The Reformed Pastor, Baxter describes unregenerate pastors like so: “They do but ‘walk in a vain show,’ and spend their lives like dreaming men, while busying their wits and tongues about an abundance of names and notions, and are strangers to God and the life of saints.”

This has been our observation as well. Mark men who spend all their time marking men. We’re not saying to avoid all of them. We even read some of their sites. But beware of falling into Christian celebrity culture…beware of being obsessed with names.

There is a manly skill of intuition.

Mature believers know there is a time to “trust your gut.”

There isn’t always a need for a source, a purely logical argument, or book/chapter/verse for a specific course of action.

If something doesn’t feel right, you’re wise to hold off until the root of that feeling is uncovered—or proceed with great caution.

If something does feel right, you’re wise to contemplate it and even just go for it in many cases.

An overreaction to emotionalism has us acting as if the ideal human decision-making process is something akin to the inner workings of a passionless android. But trusting our guts has delivered us from the mouth of the lion more than a few times.

It will also embolden you to take bigger risks—risks which, if history serves as any guide, can often open the way to incredible opportunities.

A member recently finished Extreme Ownership by Willink & Babin. Here are a couple of his top takeaways:

Q: Is it a general occurrence that if you ask your wife how her day was that she will go into every little possible detail about what she did, what she talked to other people about, and what happened but never actually tell you how her day was?

That is how a normal woman tells you how her day was. The description is the conclusion, which to a man seems like a joke without a punchline.

She took you on her journey, and in doing so she imagines you feel what she felt as she went through it. Therefore, she thinks you’ll just get it.

One of the biggest issues that many couples deal with is communication. She talks like a woman, and you talk like a man. She wants stories, and you want answers.

One helpful tip here is to make a list of things that happened to you throughout the day, because once you have dealt with it, you probably move on and practically forget it happened. She doesn’t operate that way. When it comes time to talk about your day, your instinct will be to say that “nothing much happened”—because you dealt with the things that did happen. So consult your list and you’ll discover all the things that actually did happen. Great fodder for the conversation.

Tyrannus Hall is open for new members who affirm our statement of faith.