One of the urgent needs in the church is to carve out space for pastors to speak intensely about those who lead believers astray—from both within and without the church.

Souls are at stake.

Watch out for those dogs, those men who do evil, those mutilators of the flesh.

It’s clear just from a straightforward reading that Paul isn’t being polite here.

He is being derogatory—even scathing.

Gordon Fee observes that Paul’s point is “expressed with powerful rhetoric, full of invective & sarcasm.” Similarly, F.F. Bruce speaks of the “parody,” “invective,” & “opprobrious language.” And Bockmuehl says, “The first paragraph explodes with a bitterly satirical attack on a group of enemies.”

Now consider that Paul also says, “Be imitators of me, just as I also am of Christ.” And Jesus, at the appropriate times, used intensely “impolite” language. So we have an example to follow in the apostle and in our Lord.

Politically correct speech is a tool that the enemy uses to shame pastors into downplaying real dangers. Our language should be calibrated not to the two-faced etiquette of our day, but to the threat we’re dealing with. Just as in real warfare, casualties are prevented by using the maximum force needful to quickly subdue the enemy, so also in spiritual warfare. To pussy-foot or appease is at times simple cowardice and dereliction.

But on the other side of the coin, don’t become that man who has nothing but a hammer in his toolbox. Neither let the obnoxiousness of the “tone police” cause you to reactively believe that tone doesn’t matter.

A gentle answer turns away anger, but a harsh word stirs up wrath. (Proverbs 15:1)

As always, this is a case of keeping it between the ditches. A gentle answer is often needed, but beware smooth words. As Matthew Henry comments on Psalm 55:21:

The words of his mouth…were smoother than butter and softer than oil, so courteous was he and obliging, so free in his professions of respect and kindness and the proffers of his service; yet, at the same time, war was in his heart and all this courtesy was but a stratagem of war, and those very words had such a mischievous design in them that they were as drawn swords designed to stab. They smile in a man’s face, and cut his throat at the same time, as Joab, that kissed and killed. Satan is such an enemy; he flatters men into their ruin. When he speaks fair, believe him not.

When you’re dealing with smooth men—especially “woke” Christian pastors—remember that they are fluffy cowards.

They are use to being insulated from conflict and critique by the machinery of their churches and parachurch institutions, the conspiracies of niceness, and the Big Eva protection racket.

Not in real life.

Not when the pads come off.

So take it to them.

Don’t be afraid to name names either. Paul was open about Hymenaeus and Alexander, for instance. The Bible names many wicked people.

It’s not a case of being a provocateur. It’s simply that talking about false teachers in nothing but the abstract is the same as sending someone away with nothing but the words, “Be warm, be filled.”

A word of warning:

When you’re engaged with these kinds of people, it’s easy to start developing an “I don’t care what anyone thinks” attitude.

This is a natural defense mechanism when you’re constantly being slandered for 11th commandment violations.

But a blanket attitude of not caring is not good.

Firstly, because it’s a lie.

But also, because you should care what some people think.

These people rightly belong in the “shouldn’t care” category.

One helpful thing about having such a category is that it helps you identify when to defend yourself, and when not to.

It’s not wrong to defend yourself against Pharisees—but it’s often strategically unwise.

Many of these people are going to accuse you falsely, and do so knowingly, just to get you to deny their accusation.

They know that many people read defensiveness as evidence of guilt.

Better to ignore it and put your energy into developing strong alliances instead.

With that in mind, a quick thought on strength in numbers:

Imagine a war at sea.

It’s better to have a lot of sailors on several ships than all the sailors on a single ship.

Centralization can and does neutralize the strength of numbers because there is only one ship to sink.

William Mouser has done excellent work on biblical sexuality. If you haven’t read his book The Story of Sex in Scripture, you should pick up a copy.

For example, he points out that the “classic traits observed in men and women are clearly related to their original creation and purpose,” and lists them as follows: 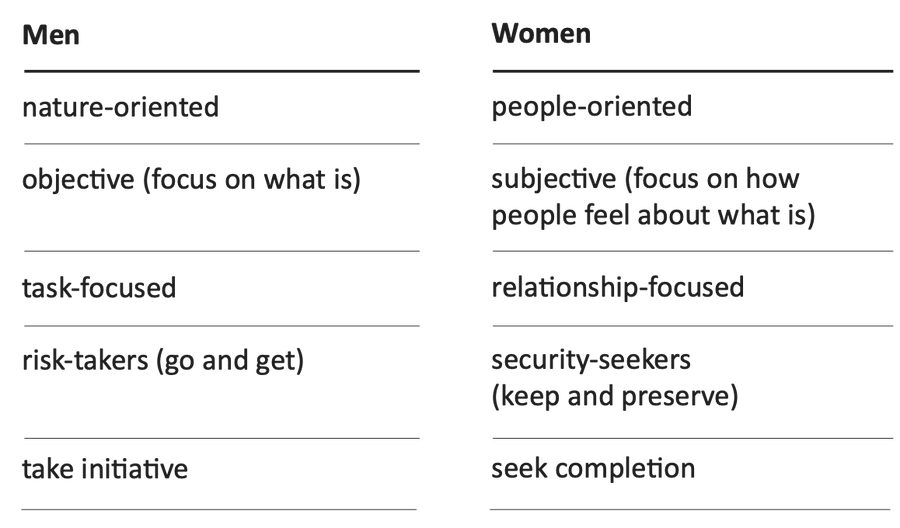 He goes on to explain:

Man is from the earth to work the earth; woman is from a person to help people. God provided the man a completing and complementary helper who was specially equipped to do what Adam was not suited to do.

In our new podcast episode, Michael reports on his surprising experience at the 21 and 22 Conventions. We also discuss the connection with a certain controversy out of the Fight Laugh Feast conference. Eric Conn joins us.

Jennifer Moleski also interviewed Michael at the 21 Convention. You can watch the interview here: https://www.youtube.com/watch?v=LcFRX1lXiWQ&feature=youtu.be

One member has gotten much counsel on his marriage, and will be meeting with another member nearby in real life to continue this.

Several of us have also started a 30-day weight loss challenge, and one man has flexed his nerd muscles to create a sharp-looking spreadsheet with scorecard-style visuals and graphs tracking everyone’s progress.

There’s been a lot of insightful discussion on topics ranging through fraternity, sex, theology, and culture. Here’s just one that stuck out to me as particularly worthy of being repeated:

Worship itself is primary. It is our telos…not evangelism. Missions exist because there are still places where worship does not.

Honestly, we did not expect our work to yield as much fruit as it has. The Lord is faithful. One reason we believe he has blessed our efforts is because of our complete disregard for BigEva and LilReformed’s fake rulebook.

For those who honor me I will honor, and those who despise me shall be lightly esteemed.

We currently have 22 men on the waiting list. We will be slowly adding them in November and December. If you’re interested in joining as well, you can check out the conditions and dues, and add your name to the wait list, here: