You can read and share this email on the web: https://notes.itsgoodtobeaman.com/theological-frankensteins/

In the second place, here is a plain command.— Jesus says to us, “Strive to enter in at the strait gate.” There is often much to be learned in a single word of Scripture. The words of our Lord Jesus in particular, are always full of matter for thought. Here is a word which is a striking example of what I mean. Let us see what the great Teacher would have us gather out of the word “Strive.”

“STRIVE” teaches that a man must use means diligently, if he would have his soul saved. There are means which God has appointed to help man in his endeavours to approach Him. There are ways in which a man must walk, if he desires to be found of Christ. Public Worship, reading the Bible, hearing the Gospel preached,—these are the kind of things to which I refer. They lie, as it were, in the middle, between man and God. Doubtless no one can change his own heart, or wipe away one of his sins, or make himself in the least degree acceptable to God; but I do say that if man could do nothing but sit still, Christ would never have said “Strive.”

“STRIVE” teaches that man is a free agent, and will be dealt with by God as a responsible being. The Lord Jesus does not bid us to wait, and wish, and feel, and hope, and desire. He says, “Strive.” I call that miserable religion which teaches people to be content with saying, “We can do nothing of ourselves,” and makes them continue in sin. It is as bad as teaching people that it is not their fault if they are not converted, and that God only is to blame if they are not saved. I find no such theology in the New Testament. I hear Jesus saying to sinners, “Come—repent—believe—labour—ask—seek—knock.” I see plainly that our salvation, from first to last, is entirely of God; but I see with no less plainness that our ruin, if lost, is wholly and entirely of ourselves. I maintain that sinners are always addressed as accountable and responsible; and I want no better proof of this than is contained in the word “Strive.”

How to avoid being a theological frankenstein #

The internet age has given rise to theological views that are unusually frankensteined. People hack bits off of various views that are, at their foundation, disparate or incompatible—and then try to line these parts up and splice them into a hideous undead abomination, held together by the sutures of emotional attachment and the pins of dogged partiality.

So they pick up this thing from that podcast, and that thing from this article, and something else from another stream…and munge them all together in their heads—thinking that they therefore have come to developed understandings of various doctrines. In reality, many of their views are inherently contradictory, or come out of contradictory systems of thought.

This is one of the advantages of confessionalism. It gives you a carefully thought out, and mostly consistent, core theology.

If you are new to theology, it is wise to work through a confession with a study guide before leaping into the deep end and trying to cram disparate theological ideas into your noggin. Spend time working through a system that wise and godly fathers of the faith have already developed. You don’t have to agree with everything, but just learning how they thought, and how they fitted everything together, is a masterclass in the kind of wisdom that men are called to develop in order to teach their households. Check the proof texts. Weigh the claims. Chew on it.

This will wear the right grooves into your mind. It will give you categories to think in, and channels to guide your thinking when you come across new ideas and alternative views.

Think of it like getting good theological tires. Tires provide the control surface to safely navigate and maneuver on the road of ideas. We meet too many men whose minds are like bald tires. Pouring new ideas into them is like pouring water onto a flat surface. There are no channels for it to be properly directed. They use theological terms without having any real clue what they mean or entail. Like bald tires on a wet highway, they can’t channel or direct the ideas properly, and so they can’t grip onto anything. To paraphrase Ogilvy, they just slide all around helplessly on the slippery surface of theological brilliance.

Carefully thinking through just about any Reformed confession will give you the theological tires you need to maintain traction in dangerous conditions. Our favorite is the Westminster Confession of Faith. G.I. Williamson’s study guide is an excellent aid to working through it.

A few facts related to confessions, systematic theology, and just the teaching ministry of the church in general…

These facts are indisputable. We could establish them from Scripture with ease—but why bother? Think of what it would require for a Christian to dispute them. They would have to argue from the Bible, explaining and summarizing its meaning on this point in their own words…

Which would mean that they are not disputing these facts, but rather proving them.

Good leaders take people as they are, not as they want them to be #

As a general rule, people are more relational than they are rational.

This is not to say that people are irrational—although sometimes they are—but rather that there is a tension and interplay between relational forces (friendship, loyalty, affection etc), and rational ones (truth, facts, principles).

Usually the rational forces play second fiddle to the relational ones. People justify relationally-driven decisions using rationalizations. Emotion is the engine driving the choices, and it is always going somewhere. Rationality, at its best, is the steering wheel. But often there is some…let’s say…sustained loss of traction.

This is key to predicting how people will act and react.

Good leaders understand these things, and know how people likely will act. They take the reality of human psychology, the reality of individual tendencies and biases—and try to figure out ways to meet people where they’re at, so they can lead them to better actions, based on these actual propensities and inclinations.

They don’t treat people like machines that can be directed deterministically based on stepwise input. They don’t get hung up on how they think people “should” act. Not in a way that leads to frustration and a desire to “reprogram” them, at any rate.

To be “made” into a disciple, you first have to be made. Disciples are people. People are born.

You can’t be born without being conceived. Conception requires both sperm and an ovum.

Normatively, sperm gains access to an ovum through sex.

Hence, baby-making creates the opportunity for disciple-making. You can’t have future generations of disciples if they were never generated.

The creation mandate (Gen 1) and the great commission (Matt 28) fit like hand and glove. Mankind gets to the work of being fruitful and multiplying (baby making). Nations are made of people who once were babies. And then the great commission comes in: we are to make disciples of all nations, immersing them in the name of the Father and of the Son and of the Holy Spirit, teaching them to observe all that Christ has commanded us (disciple making).

Does this mean that only those that engage in baby-making can be involved in disciple-making?

Of course not. Childless people can make disciples—but only because some else had a child.

This is how transformation works. You have to exist to be transformed—and to exist, you must be conceived by a man and a woman.

Those who try to play the great commission against the creation mandate are short-sighted, and have missed an obvious truth.

The innovators are really implying that sex is something superficial, irrelevant to the spiritual life. To say that men and women are equally eligible for a certain profession is to say that for the purpose of that profession their sex is irrelevant. We are, within that context, treating both as neuters. As the State grows more like a hive or an anthill it needs an increasing number of workers who can be treated as neuters. This may be inevitable for our secular life. But in our Christian life we must return to reality. There we are not homogeneous units, but different and complementary organs of a mystical body. Lady Nunburnholme has claimed that the equality of men and women is a Christian principle. I do not remember the text in scripture nor the Fathers, nor Hooker, nor the Prayer Book which asserts it; but that is not here my point. The point is that unless ‘equal’ means ‘interchangeable,’ equality means nothing for the priesthood of women. And the kind of equality which implies that the equals are interchangeable (like counters or identical machines) is, among humans, a legal fiction. It may be a useful legal fiction. But in church we turn our back on fictions. One of the ends for which sex was created was to symbolize to us the hidden things of God. One of the functions of human marriage is to express the nature of the union between Christ and the Church. We have no authority to take the living and sensitive figures which God has painted on the canvas of our nature and shift them about as if they were mere geometrical figures.

—C.S. Lewis, Priestesses in the Church 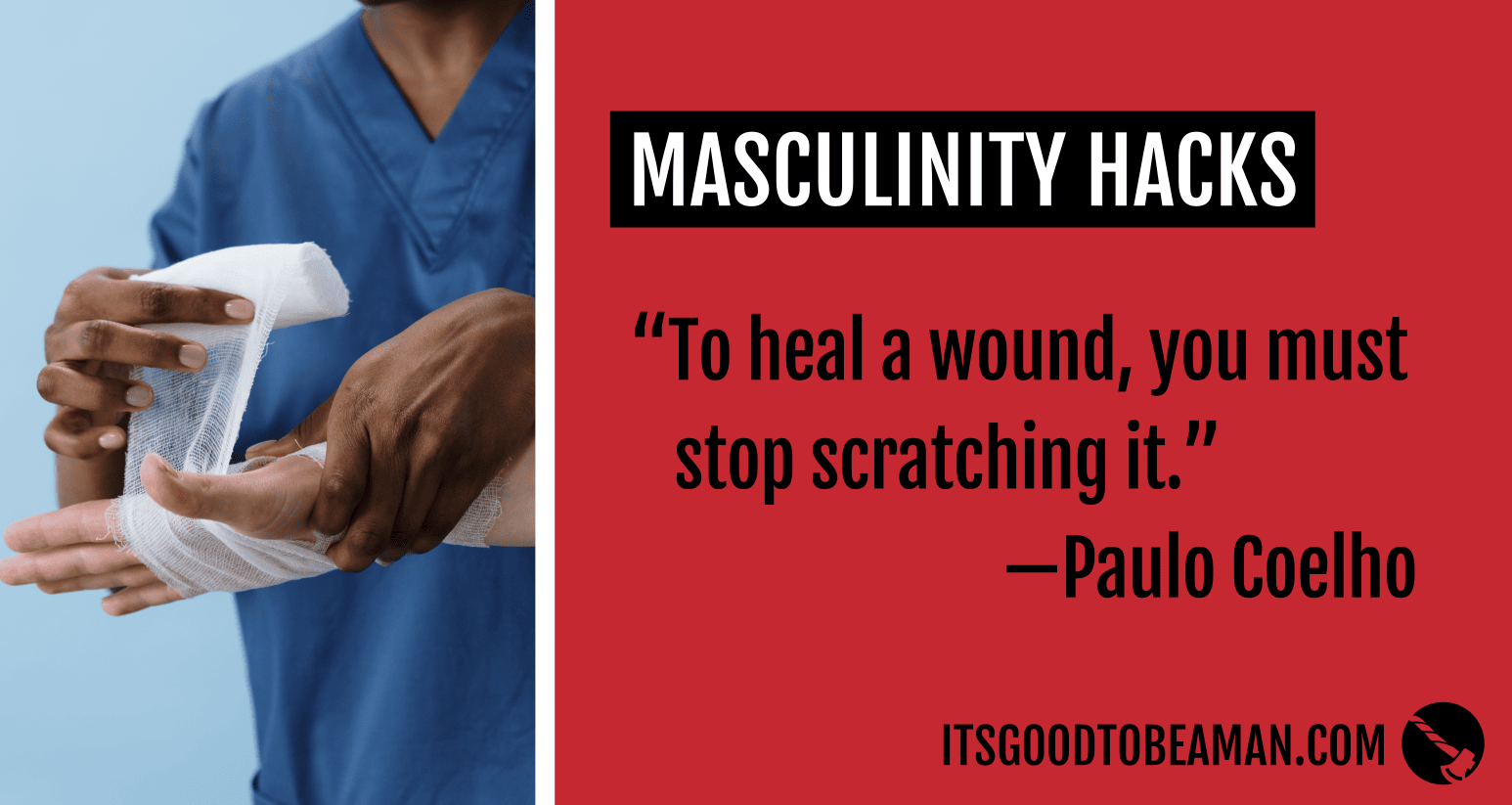 Disclaimer: Coelho is a pagan. One good quote != unilateral endorsement. All truth is God’s truth.