About 70% of divorces are initiated by women.

When white knights hear this, their first impulse is to simply deny it. Then, when they see the proof, their go-to response is that these women must have been justified.

Really? 70% of women have husbands who have done something so bad that divorce was justified?

No—society would resemble something out of Mad Max if that were true.

No—the majority of men are faithful to their wives.

No—most men keep their families well above the poverty line.

The driving force behind divorce that modern pastors don’t want to talk about is simple discontentment.

The foolish woman tears down her house with her own hands. 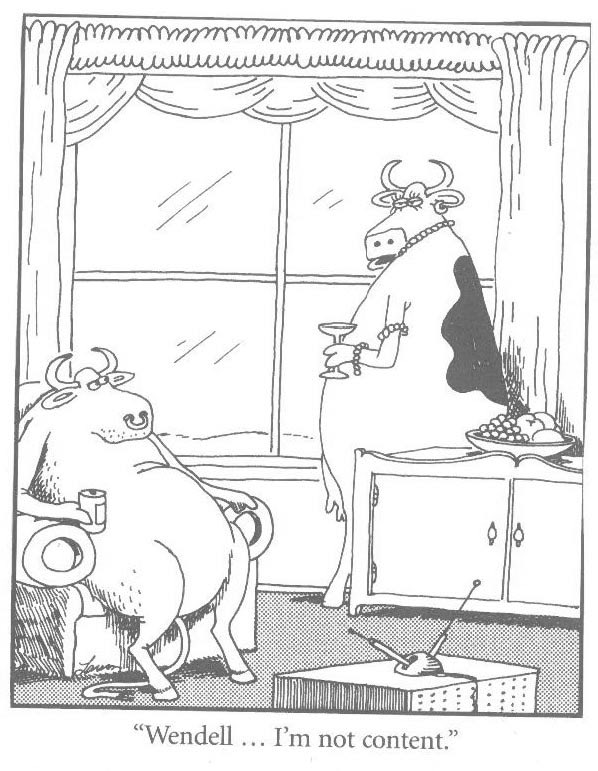 One reason this happens is because of a mentality we discuss in the last chapter of our forthcoming book. Here’s an excerpt from the manuscript:

This idea has wormed its way deep into the modern church. It is not so much explicitly stated as implicitly taken for granted that “true love” eliminates all loneliness, and that to find one’s soulmate is to become complete. Connected with this, true love takes on divine power, replacing the marriage covenant as the sanctifier of sex.

Anyone who thinks of their spouse as the “other half” that completes them is setting up their marriage for failure. No spouse can ever fulfill all of your needs, because no spouse was made to. Imagining otherwise therefore leads to ever-increasing discontentment and heartache, instead of what we should see in a healthy marriage, which is rather the other thing. Not only this, but such a mindset will rationalize divorce where Scripture forbids it, since the spouse “wasn’t my soulmate”—as proved by the fact that the marriage turned sour! No woman will ever “complete” you; neither will you complete her. No woman can ever fully satisfy you; neither you her. Only God can.

The number of men-hating women and women-hating men is off the charts at present.

This is a pretty typical divide-and-conquer strategy employed by the devil, which we are seeing played out on a broad societal level.

Men and women were made by God to complement, not compete.

This is why men who are disgusted by feminine behavior and motives are often very egalitarian in their base thinking. Only those with the androgynous presuppositions of egalitarianism/feminism will expect men and women to behave in the same way.

Here are a few ways in which male/female psychological differences can put strain on a marriage, and how you can turn them to your advantage:

Firstly, women test their men. This is a real phenomenon and you should not be surprised if your wife seems to be trying to provoke you, nag you, question you, or challenge you. It is a normal part of the feminine psyche to engage in this kind of behavior, usually without understanding it.

However, it’s rarely the act of direct disrespect that a lot of men think it is. Don’t listen to red pill pundits who say that women are basically children. Children don’t make good helpmeets, so this insolent attitude impugns God’s design.

Most women test their men for two big reasons:

God has given you the duty of being the head. That means you are the source of truth. Not her feelings. Step back and assess; don’t get sucked in.

Secondly, women get decision fatigue quickly, especially when they are busy mothers and wives. A husband making decisions for his wife can be a loving form of ministry to her. Sometimes the best thing you can do for your wife is to notice that she is harried, and set the agenda for that day, or be decisive about a decision she is not sure on.

Thirdly, as a bonus for our lady readers, husbands are greatly encouraged by wives who…

So, ladies, try some of these if your marriage relationship is struggling.

To find out more, go here:

Please note that members do need to subscribe in good faith to the Apostle’s Creed, and the sufficiency and infallibility of Scripture.